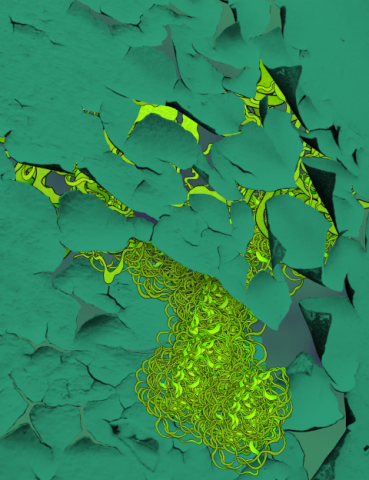 Post tenebras lux or about the luminosity of hope

After the dark comes light again, but being stuck in the darkness, I do not know if it will pass. It defines my here and now. That is why it is so difficult for me to think about the light when more and more areas of the reality surrounding me are plunged into increasingly terrifying darkness. First, politics revealed its menacing authoritarian face by demolishing even a semblance of democracy and normality. More and more of my former friends and acquaintances have sold their souls and bodies to an authority shamelessly offering attractive benefits. No, I do not condemn, I do not demonize. I simply cannot get over my growing amazement that corruption and the abandonment of the reflexes of decency are advancing so rapidly, that it is so easy to place one's conscience in the thrall of those in power. This does not only apply to politics, which has long since given up even trying to create the impression of concern for the common good. As it seems, the participants of this social game have agreed that the most important thing is to gain and maintain power. And after us the deluge.

Once we agree that everything is political, it is the gangrene-like process of destroying the fabric of civil society that goes deeper and wider. I am particularly concerned that it has also extended to religious institutions, especially the Roman Catholic Church, which is hegemonic in Poland. Yes, I had hoped that something would happen, that there would be a coming to senses, or at least a wake-up call, especially since Pope Francis has been in the Vatican for eight years. It was with him that I, like so many others in this country, associated the hope of a change for the better. I expected that since he has been devoting so much attention to the sins of his Church since the beginning of his pontificate, since he has been so passionate in tracking down and exterminating all manifestations of clericalism (the excessive and unjustified role of the clergy in the life of the Church) and even hierarchism (the arrogance of the hierarchy, which sees its own functions as the crowning achievement of their careers in the Church), some part of this passion would also reach Poland. Unfortunately, the opportunity to do something about these manifestations of Church ailments has passed forever. The almost month-long ad limina apostolorum visit of 135 Polish bishops (from 4 to 31 October 2021) ended with a courteous handshake and a group photo of the Pope with the self-satisfied hierarchs. No reflection on the tragic state of Polish Catholicism. After this visit of the Polish bishops to Francis, even greater darkness enveloped Catholicism on the Vistula River. Here I am not able to count on the light.

Particularly striking is the combination of corrupt politics and politicized religion, both of which support and strengthen each other. The former, expecting sacral support, the famous dancing of the members of the ruling party in Toruń at picnics organised by Father Tadeusz Rydzyk, shamelessly supports the most fundamentalist and magical manifestations of religiosity, while shying away from ethically sensitive spirituality, and feels almost uninhibited in its actions. The latter, on the other hand, lulled into a deep sleep by political support, which is tangible in financial terms, has completely lost its spiritual and moral sense and remains deaf to all voices calling it to come to its senses and turn back from the road to perdition.

So populist politics entwined in a loving embrace with dominant Catholicism does not inspire any hope, which must be sought elsewhere. Perhaps, after Dostoevsky, you need to believe that beauty will save the world. This hope was echoed in a less pathetic tone by his great compatriot Joseph Brodsky, who fought against vulgarity and tackiness. But we also have such discreet traces of luminous presence in Polish cultural resources. Everyone can search in the direction they choose. I found it a long time ago. I try to cultivate it discreetly but stubbornly.

It is Tadeusz Różewicz and his poetry that saves the world from despair. Perhaps it is not a coincidence that politics and religion together focused their dislike on him (the famous sermon by Stefan Wyszyński accusing Różewicz of demoralising people, which, as it turned out, was also a concern of the communist regime), perhaps unconsciously suspecting that he offered something that neither one nor the other was able to provide – humble faith in man, and only in man, and only in the individual. His work contradicts another poet's slogan that "The individual is nonsense; The individual is zero" because only the collective matters. Well, for Różewicz it was just the opposite.

In hindsight, I have to admit that Różewicz's poetry is becoming more powerful. Especially in circumstances as strange as today's, when politics has gone to the dogs and religion has become a source of constant irritation. There are still poems, plays, letters and postcards. I am a happy owner of some of these postcards and keep them in my private archive as if they were my greatest treasures. Of course, the poems are the most important. For me, the volume Nauka chodzenia (Learning to walk) from 2007 is particularly important. This collection of poems has been following me since I first read it. Probably because it was not easy for me then either, and I was learning to walk without the support of the institution, or perhaps rather against it. Because since then, true Catholics have not been able to forgive me the betrayal and denial that began with my departure from the religious order and the Church in 2005 (then I thought it was only from the order, but it quickly turned out that the both could not be separated). So, I started learning to walk anew.

Różewicz is very helpful and useful in this process. Here are a few steps from this lesson. First of all, I understood what the Poet wrote in a poem from the 2004 Wyjście (Exit) volume, entitled „serce podchodzi do gardła” (“heart goes up to the throat”). He wrote: "God has left me alone / do what you want you are an adult / he said". This simple statement, which dates back to 1945, sounded to me like a command, although of course I knew its earlier version, formulated by Augustine in his Confessions – “love and do what you want”. However, Augustine was a church clerk and could not imagine “doing what you want” outside the Church. Yes, he assigned roles quite precisely, both in this life and after death. Różewicz seems completely uninterested in assigning roles.

However, as it was said, the title poem, written in 2002-2004, turned out to be the most important. Probably because years ago I was deeply affected by a volume of Dietrich Bonhoeffer's writings, A Christian in the Third Reich. At that time, I was fascinated above all by the tragic death of Pastor Bonhoeffer literally one month before the end of the war (he was hanged on 9 April 1945). It is no accident that the beginning of the poem begins with a quote from the original poem written by Bonhoeffer in Tegel prison in July 1944: “Langgestreckt auf meiner Pritsche starre ich auf die graue Wand”. After all, for Różewicz it is not the tragedy of life that is important, but the search and the question of how to live? It is hard to suspect that the poet born in 1921, who survived the war “in the summer” and whose poetry can be described as poetry “after Auschwitz”, was touched by this death. He was familiar with it and knew perfectly well how he wrote in the poem devoted to Paul Celan's memory, “Der Tod ist ein Meister aus Deutschland”.

No, it is not the Pastor's death that is important, but his teachings. This is a lesson about God who is absent. However, this absence does not mean despair or longing for God, but requires maturity. Różewicz writes in Nauka chodzenia (Learning to Walk), or rather puts these words in the mouth of Bonhoeffer, from whom he wants to learn: “one must agree with this/ that God has left this world/ not died!/ you have to agree with it / that you are an adult / that you have to live / without a Father”. This was the lesson the Poet heard from the Pastor reading his poem. But not only that. Also a symbolic monument that appeared in Wrocław in April 1999 at the St. Elizabeth's Church inspired Różewicz to reflect further. More precisely, it is an outline of a monument, a torso without a head and hands, yet radiating a mysterious light: “I looked at the Light on his monument / without a head, without arms / or maybe God got scared / and left the Earth?/ instead of answering my question / he put a finger to his lips”.

The pastor has one instruction for the Poet: “cross out the word 'beauty'”. I think it is an interesting culmination of learning to walk, and maybe even writing poetry. The important thing is that in this poetry you can see a mysterious light that gives hope. 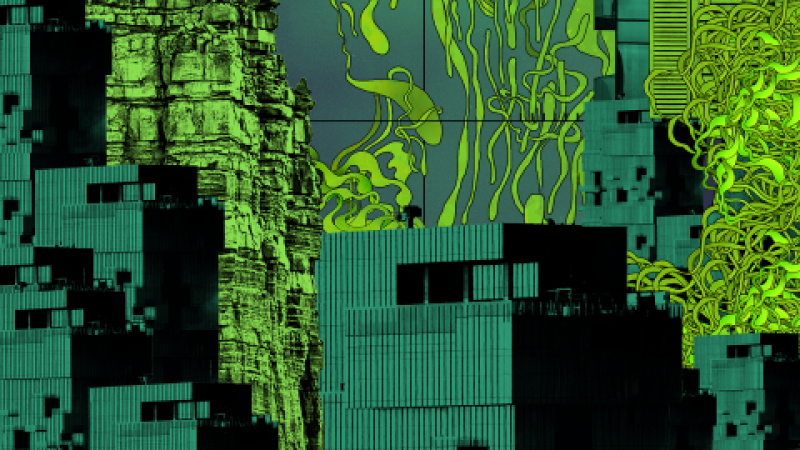 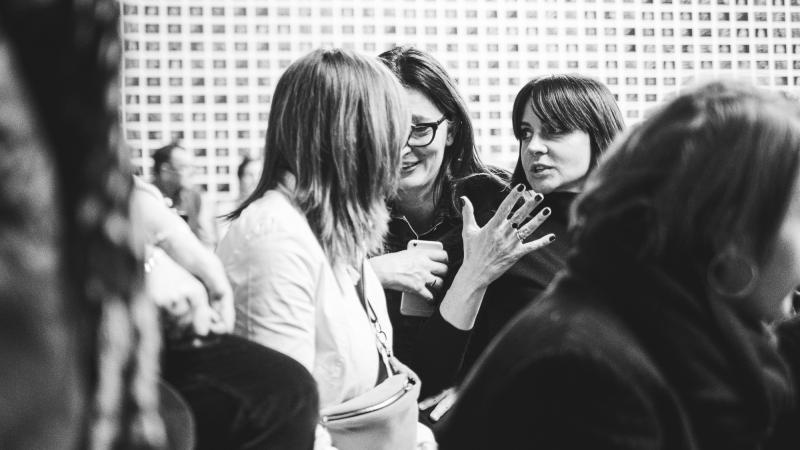